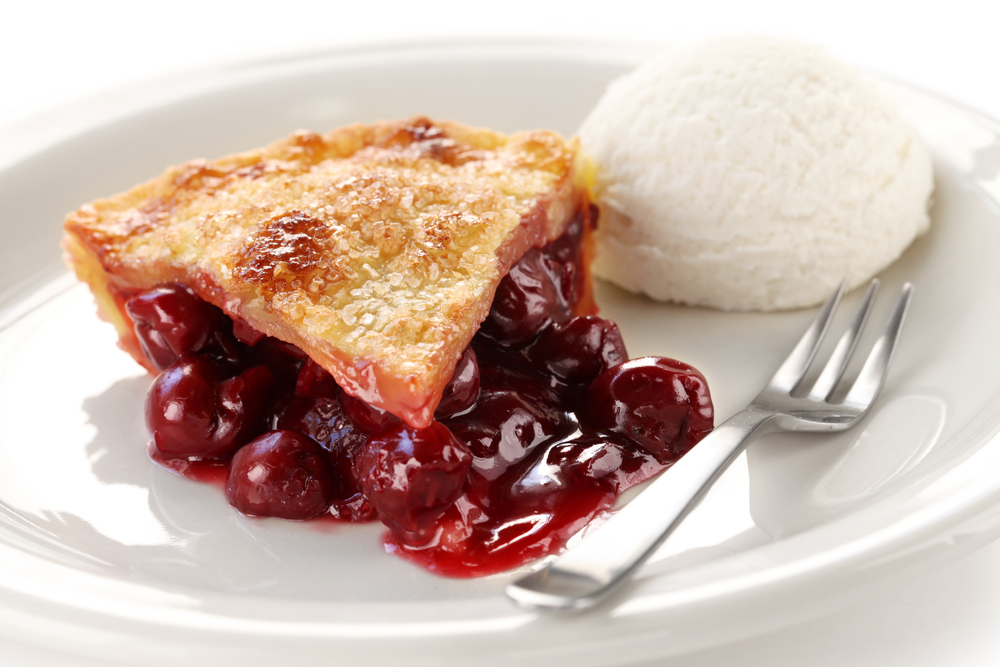 A Slice of Cherry Pie with Ice Cream on the Side 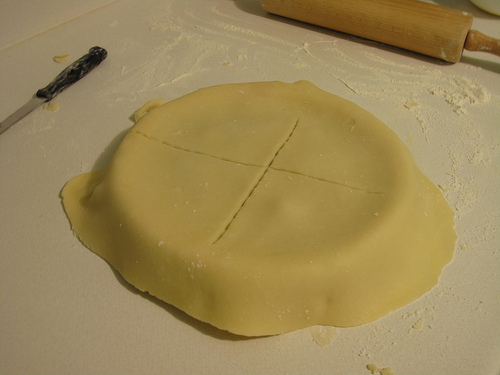 Top Crust of Pie Before Being Cut, Sealed, and Baked

The American Pie Council notes that the first recorded pie recipe was for a goat cheese and honey pie with a rye crust. This recipe comes courtesy of the Romans in the 14th century. English settlers brought “coffin” pies to the Northeast. These pies were baked in oblong pans. Only the top crust was eaten from these pies, and the sides were not touched. These pies could be cooked with savory or sweet ingredients. During the American Revolution, the word crust replaced coffin. Since then, pies have become an American staple. Sweet pies are far more common in America than meat-based pies. While pies made of any variety of fruit are considered classic American dishes, cherry pie is a favorite of the Midwest and the Northeast, where cherries grow abundantly.